The Passing Of Kiwi #393 Don Hammond New Zealand Rugby League is mourning the passing of Kiwi #393 and Legend of League Don Hammond.

Hammond originally played for the Mount Albert Lions in the Auckland Rugby League competition, playing for Western United when the Lion’s senior side was merged as part of the ARL’s district scheme. As a Mount Albert junior, Hammond quickly attracted the attention of selectors when moved into the forwards. The 1959 tour to Australia groomed many outstanding future test players, Hammond among them, as they travelled around the country centres of Queensland and New South Wales. Described as an “old-fashioned style of footballer who believes in tackling low” teammates said that he developed a method of driving himself off the ground in a tackle so that he hits twice as hard as any other tackler in their country.

Hammond represented and captained Auckland and first played for the New Zealand Kiwis team in 1961. Whilst making his debut in 1961, Hammond developed a lethal combination alongside, Ron Ackland and Mel Cooke. Together they blended speed and ball-playing ability with strength, tackling tenacity and courage needed to prosper in the rugged forward battles. From there forward, Hammond went on to play in twenty test matches, including six as captain (1961-65). In 1964 Hammond won the Rothville Trophy as the Auckland Rugby League player of the year. That year he also won the New Zealand Rugby League’s player of the year award as he was a stand-out performer when the Kiwis whitewashed France in a three-test home series.

Hammond continued to give back to the game long after retirement where he coached Te Atatu and spent several terms as coach of the Auckland representative team. In his term, there were victories over Australia and a New Zealand XIII in 1969 and national provincial success in the late 1970s. A stalwart of the Kiwis Association, Hammond was prominent in establishing and becoming curator of, the excellent NZRL museum. Hammond was inducted as an NZRL life member in 2006 followed by an induction into the Legends of League in 2010. He went on to be elected President of the Kiwis Association.

Hammond will be dearly missed by members of the Kiwis Association and the local rugby league community. NZRL extends its sincere condolences to his family and friends. 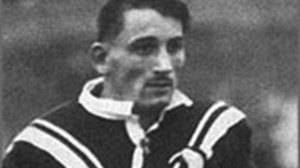 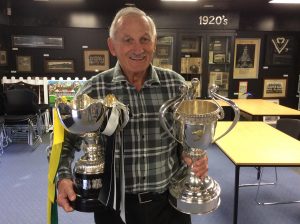