All Lorina Papali’i wanted to do was be a trainer for the inaugural Warriors women’s team, but it was confirmed on Wednesday she’d cracked the squad.

The 41-year old-mother of Warriors’ second rower, Isaiah Papali’i is one of the 22 named Warriors squad for the short women’s NRL season, which will take place during the playoff rounds of the men’s NRL competition.

Papali’i had a glittering rugby league career, playing for the Kiwi Ferns from 2001 to 2010, playing in two World Cups, and also represented Samoa in two rugby union World Cups.

But she spent eight years out of the game, to be involved in cross fit and only put the boots on again when a women’s NRL competition came on the radar.

Initially, she was interested in being the trainer for the team, but was encouraged to give it a go to make the squad. “I have one life, one opportunity and feel it’s now or never,” she said.

“I was missing in action for eight years and did cross fit.

“But my goal has been hard work this year. I felt like I was hit by a bus.

“I’ve had a lot of treatment, physio, chiro, I’ve hit the pools, I’ve done hot and colds after the game and during the week.

“So there’s been a lot of rehab for me and my recovery is not as fast as the younger ones.”

She said she has been inspired to have another crack at rugby league by her son, who is this week in the Gold Coast, with the rest of the men’s team, preparing for Saturday’s game against the Dragons in Wollongong. 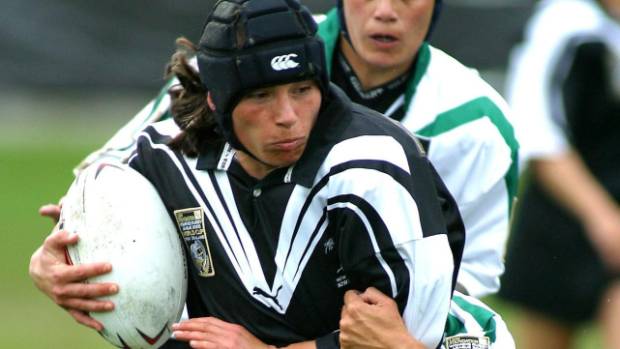 Lorina Papali’i in action for the Kiwi Ferns, whom she represented from 1994 to 2005.

“He’s proud and that’s what gives me the energy to get up each day, to make him proud.”

But likewise, Isaiah is just as impressed with his mother, who has been a big influence on his career.

“She’s always at my games giving me feedback. She’s still the master and I’m still trying to learn from her,” Isaiah said.

“I grew up watching her play footy. She was a really good player so watching her and my dad, I was inspired to go on this pathway after being being around the environment.”

If there’s any disappointment from Lorina about making this Warriors squad, it’s that there wasn’t this opportunity for her 20 years ago. 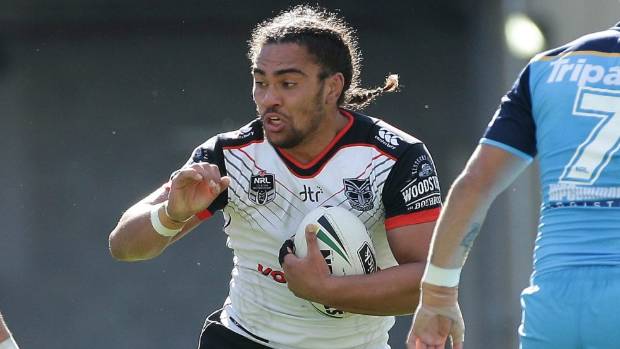 Lorina Papali’i’s 19-year-old son Isaiah is enjoying a breakout season with the Warriors this year.

“For the girls I played with in the past, it would have been amazing to have had this kind of pathway,” she said.

“I feel like I’m representing the past, the present and this team is paving the way for the future.”

The Warriors squad also includes Kiwi Ferns captain Laura Mariu and the experienced international Sarina Clark, who missed last year’s World Cup due to the birth of her third child.

Warriors coach Luisa Avaiki is delighted with the squad she has at her disposal for the inaugural competition.

“New Zealand Rugby League put out some information to the girls about making sure they’d feel good about their decisions if they’re approached.

“But to be honest, I didn’t know how hard other clubs were going until I heard they were engaging with certain players and then some of our players were going over.

“I know some of those girls well and it was never about holding onto them and saying they have to play for me, it was about what was best for them and their families.”

The Warriors will warm up for the competition with a match against Auckland in a double header with the men’s team at Mt Smart Stadium on August 10.