Congratulations to the following who received Distinguished Service Awards at the 2022 NZRL AGM.

Coaster Jenny Nahu started her rugby league journey at the famous Cobden club in rugby league heartland, Greymouth. Cobden was a family affair for Nahu, serving alongside her parents and brother to grow the club, whether building the clubrooms or working tirelessly with her mother to raise funds for the various teams.

Jenny’s journey took her to Ngongotaha Rugby League Club in Rotorua after she met her future husband, Nick Nahu. Both played integral roles in allowing the club to flourish. Similarly to her time at Cobden, she and Nick were vital to the Ngongotaha clubrooms being built as they had used their own house as the temporary meeting place. Since 1967, Nahu has consistently applied her efforts to fundraising and supporting the club and has been awarded the Life Membership award for Ngongotaha Rugby League Club.

Jenny’s service to Bay of Plenty Rugby League (BOPRL) is what she is most widely recognised for in the game. Jenny had heavy influence in allocating dedicated rugby league grounds in the area and setting up the BOPRL headquarters at Rotorua’s Puketawhero Park.

Nahu has been awarded the NRL Volunteer of the year (2010), The Female Volunteer Recognition Award (2010), was on the BOPRL Board for over 35 years and is a Ngongotaha RLC life member.

Very few individuals dedicate over 60 years of their life serving the rugby league community, and Jenny continues to at the age of 77.

Alongside his wife, Jenny, Nick has been instrumental in the growth of BOPRL. A Huntly south junior, Nahu was a New Zealand U15s schoolboy and West Coast representative before narrowing his focus on the Ngongotahu Rugby League club.

A Bay of Plenty (BoP) representative throughout his junior years, Nahu was a stalwart for the region until he hung up the boots in 1976. The following year he transitioned from player to selector for BoP and joined the BoP Schoolboy board. From 1977 to 1995, Nick coached touring teams to Australia, was awarded a Life Membership award for Ngongotahu and became president of both the BoP Senior board and the Ngongotahu Rugby League Club.

Since 1996, Nahu has helped around the club under various hats, including coaching, managing and stapping. He and Jenny are constantly giving their time and effort towards the needs of the rugby league club, whether organising fundraisers, cleaning, maintaining or preparing aftermatch festivities. The Nahu family are the lifeblood of Ngongotahu and integral to the foundation of BoP Rugby League. 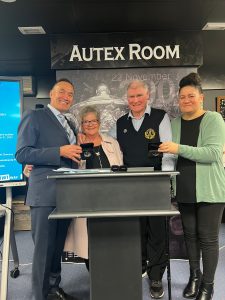 Paddy Byrne is a stalwart of the rugby league community in New Zealand. A proud Greymouth coaster, Paddy, has invested many years of his life into the game of rugby league.

A loyal member of the Greymouth Marist Club, Byrne wore many hats throughout his time there. Starting as a junior, Paddy eventually became a player-coach for the Premier side in 1980. The Marist junior took over full-time coaching duties in 1998, guiding the club to a premiership win in their 75th Jubilee.

In 1984, Paddy took up refereeing, where he would go on to call the whistle on eight out of nine premier grand finals. From there, Paddy enjoyed success refereeing and running the touchline for numerous International level games.

A veteran of rugby league, Byrne’s resume also includes; serving on the Marist Committee from 1973 to 2000, being a development officer for West Coast Rugby League and nurturing the West Coast rugby league academy, of which the likes of Cowboys forward Griffin Neame have come through.

He has been instrumental in keeping the game alive and well in the small town, bringinghim a lifetime of valuable experience. 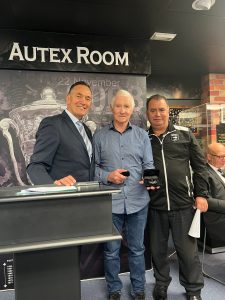 George is a lifelong steward of rugby league, having started his journey at the Randwick Rugby League club in 1979. Making his premier debut at 14, Lajpold remained at his boyhood club till 1992, also representing Wellington and Central Districts.

During his playing career, the Wellington native became an international representative, playing six games for the Cook Islands in 1986. The following year Lajpold became Kiwi #601 when he was selected to be a part of the 1987 New Zealand Kiwis squad to tour Australia.

Although having spent time working for the Southern Zone, The Randwick clubman has always been passionate about his city. George has spent countless hours helping rugby league and the wider Wellington community.

The former Kiwi currently runs coaching clinics in Wellington and constantly volunteers where he can, whether managing games or setting up post-pads.

Reon Edwards has been involved in rugby league from grassroots to the High-Performance level. Reon has been a significant Canterbury rugby league community member, a journey that started as a junior for the Eastern Eagles.

Boasting 25 years of playing experience for the Eagles, Halswell Hornets and Eastern Suburbs Marist, Edwards later moved into administration and governance roles after he finished playing the game.

In a time of uncertainty, Edwards became the Chair of Canterbury Rugby League, stabilising the organisation and rebuilding it after many administrators had moved on. Reon became a foundational board member for the Southern Zone in 2009, where his experience and leadership were extremely valuable. In 2015, Reon moved into a director role for the NZRL Board, becoming the vice chair in 2016 and Chair from 2017 to 2021, helping to aid NZRL through complex challenges that included the Covid-19 restrictions.

Edwards currently contributes to the game as a board member of the Rugby League International Federation. Reon also serves as the IRL Audit and Risk Committee Chair while also assisting the Papanui Tigers in their centenary year.

Reon has committed 37 years to the game of rugby league and continues contributing to see the sport grow.